simplebackpain.com
Menu
You are here: Simple Back Pain Relief › How To Do The BackBlock › Tips For Getting The Best From Your BackBlock

Always start off using the Back Block on its flattest side. At first, it may be difficult to let go and give in to it. Your body will tend to clench in around the pain and fight any sense of letting go. Invariably, you have to keep reminding yourself to relax, although it may make it easier to take your breath to where the pain is and try to dissolve things that way.

Type A personalities (sad to say) are often keen to get going and ‘feel the pain’ but this usually portends a poorer prognosis. No one should ever do this, just as no-one should attempt to use the Back Block on-end first off. Take it easy and go with it, not trying to 'dominate'. Gentler, more peaceful people do better. 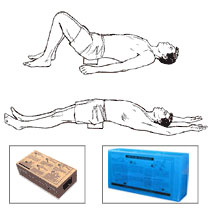 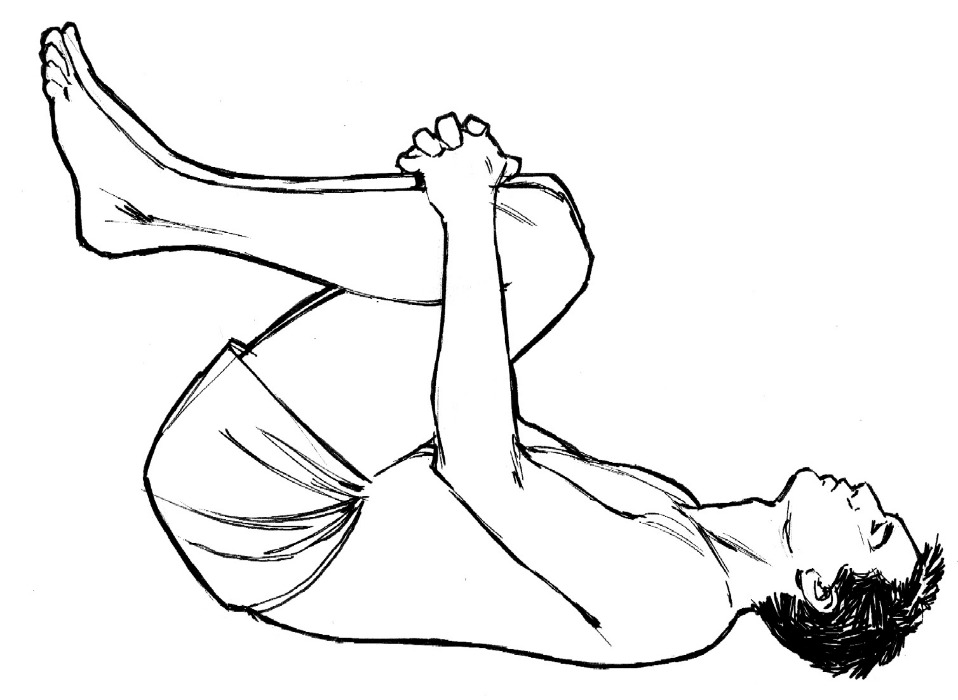 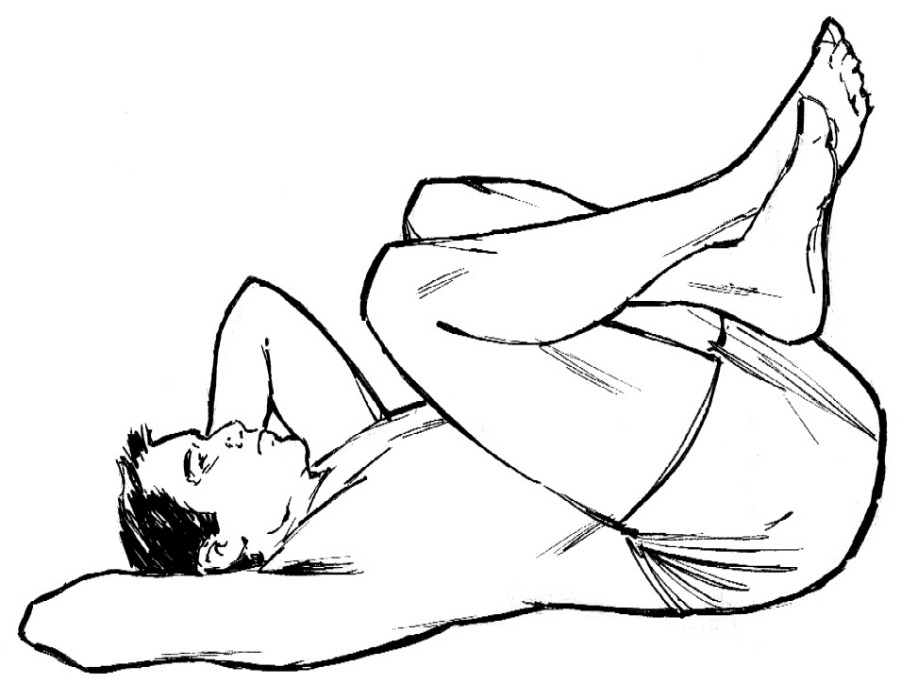 Steps 2 & 3 of this simple trifecta are essential, or you will be sore!

You should only remain on the BackBlock for one minute (60 seconds), before you follow on with Steps 2 and 3. Researchers tell us that greatest fluid shift through the discs happens right at the point of loading and unloading, and also it’s the pressure changes you want. So it is better to do repeated short sessions rather than one long one.

Some people find it impossible to even lie flat on their back on the floor, while others must make do with a lesser form using a flattish book or folded towel under their sacrum for the first few weeks. If this is the case, you may use the BackBlock precursor ‘the dart’ which is simply lying on the floor flat with the arms over your head for a minute, instead of being on the Block for this time. But usually, you progress from being on the flattest to the middle height of the BackBlock within a few weeks.

General Points About Using a BackBlock

If you stay on the Back Block too long it can be difficult getting off. Even so, there is always a murmur of discomfort as you lift your bottom to remove it. But if you have been there too long, what should be a small fleeting grab of pain becomes a full-blown crisis of getting cast. Although this usually does no harm in the long run, it can be unnerving and you (even subconsciously) may shy away from using the Back Block in future; it may not become your best friend.

Better to do shorter more fluent sessions, with one action melding into the next as you go into gentle, less-is-more knees rocking and then the reverse curl ups after each minute on the Block. 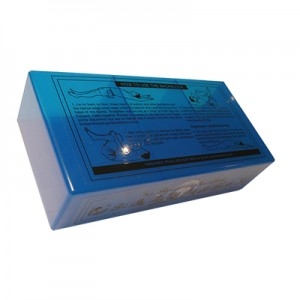 The Sarah Key Physiotherapy Store can send you a Block with all these instructions on it.
Order the travelers' BackBlock here

In Summary About the Back Block

Even though it gets progressively less painful as you repeat each 3-step session on the Block, the structural changes take some time to reverse and improvement may not be immediate. Remember that discs have a slow metabolic rate and that they are slow to regenerate, just as they were slow to degenerate.

Over the first week or so the pain feels less heavy and dull and your back works better. A good sign is when the back feels 'lighter', as if you are no longer dragging an armour plated shell around with you. It feels less dense with movement, as if the segments are freer to move individually, and your hips swing when you walk. Especially in a prematurely ‘old’ and chronically stiff back, these changes and the easing of pain can feel nothing short of miraculous.

With more acute problems however, it is less straightforward. Where there is guarding from the muscle spasm, the BackBlock gives better results if it is taken more slowly, and if you have had a bad flare-up you should stop using it for several days (anything from three days to two weeks) until any newly acquired 'fragility' has dispersed.

Remember, it's normal for the back to feel a bit 'icky' when you start the BackBlock. 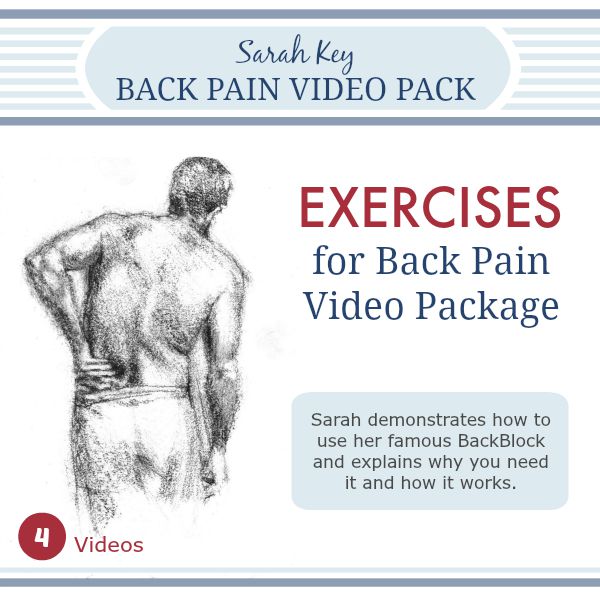 You can watch Sarah herself going through the BackBlock routine.
Download this  Pain Exercises Video Package to see exactly how it's done in real time.

Even though you can get the same effect by using a stack of books, having a proper BackBlock is better because it can be more easily progressed through its various stages: from its lowest side, when the spine is particularly impacted, to the highest side when the spine is in its final stages of rehabilitation.

Apart from its stringent dimensions of the BackBlock, there's the added advantage of having the instruction plastered all over it. You need these as it's all too easy to forget. Having the proper BackBlock there also serves as a timely reminder as you spy it sitting in the corner by the TV. Just having it there makes you more likely to use it.

The blue BackBlock really comes into its own with travelling. All the carrying of heavy luggage, plus the long hours spent sitting and sleeping on unfamiliar beds means that you often need it most when you are away from home.

McKenzie Extensions in prone
Are No Substitute for the BackBlock 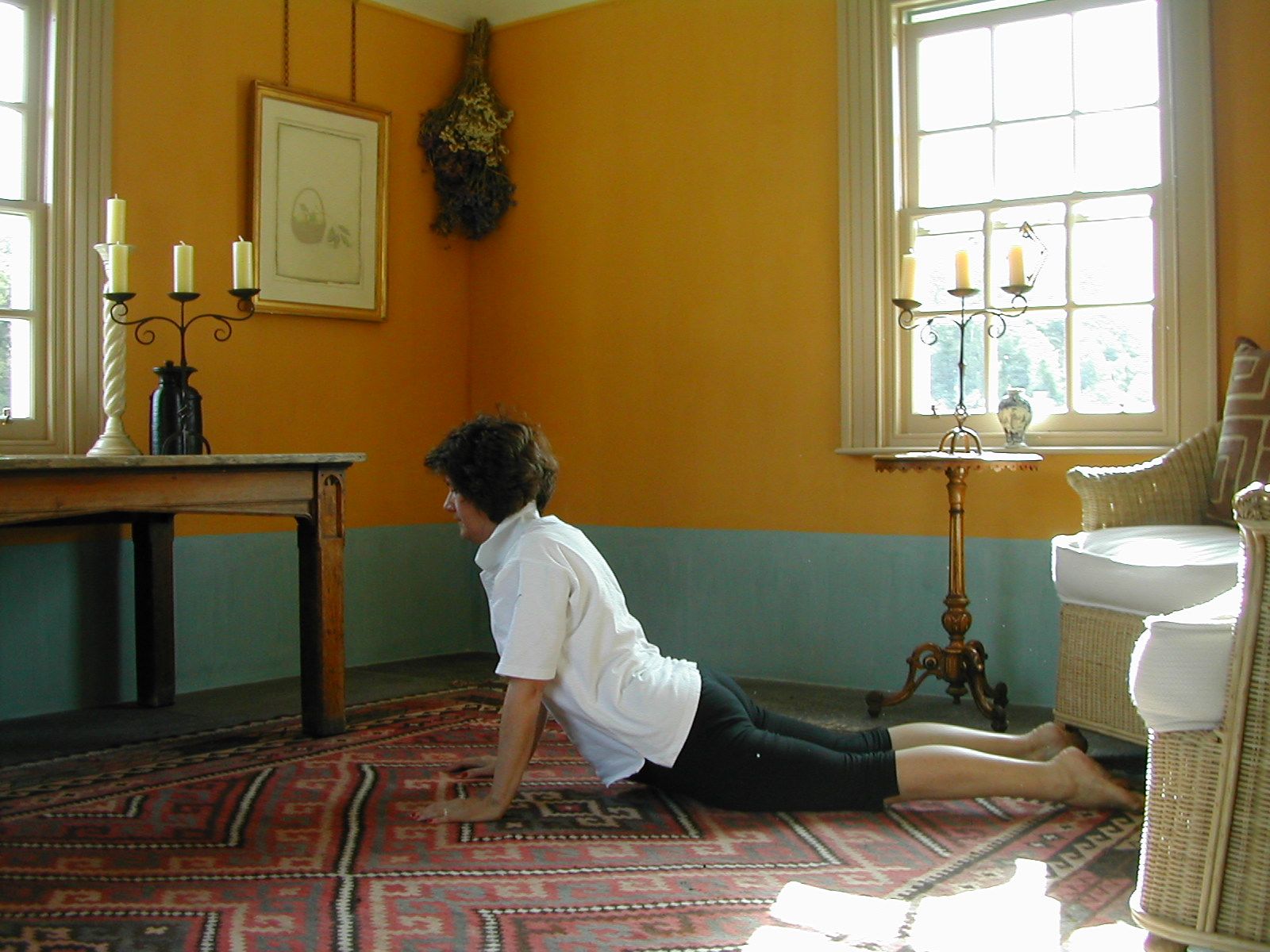 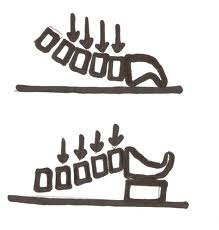 This exercise was validated by the New Zealander, Robin McKenzie, and as the hallmark procedure of the McKenzie Method, it has its rightful place in the annals of spinal treatment. It involves lying in prone and pushing the upper body back from the floor by straightening the arms. And though similar to the extension in supine provided by the BackBlock, it invokes a completely different set if dynamics.

I believe if the spinal segment is irritable - particularly the facet joints as the back of the spine - then extensions in prone will pinch the bones together and exacerbate the problem (upper left graphic). And although the McKenzie extension procedure admirably stretches the hip flexor muscles and the very strong anterior longitudinal ligament at the front of the spine, it does not provide the gentle traction right through the lower back, nor the incremental backward glide of the lumbar segments to offset all the bending and static stooped postures we all endure throughout the day.